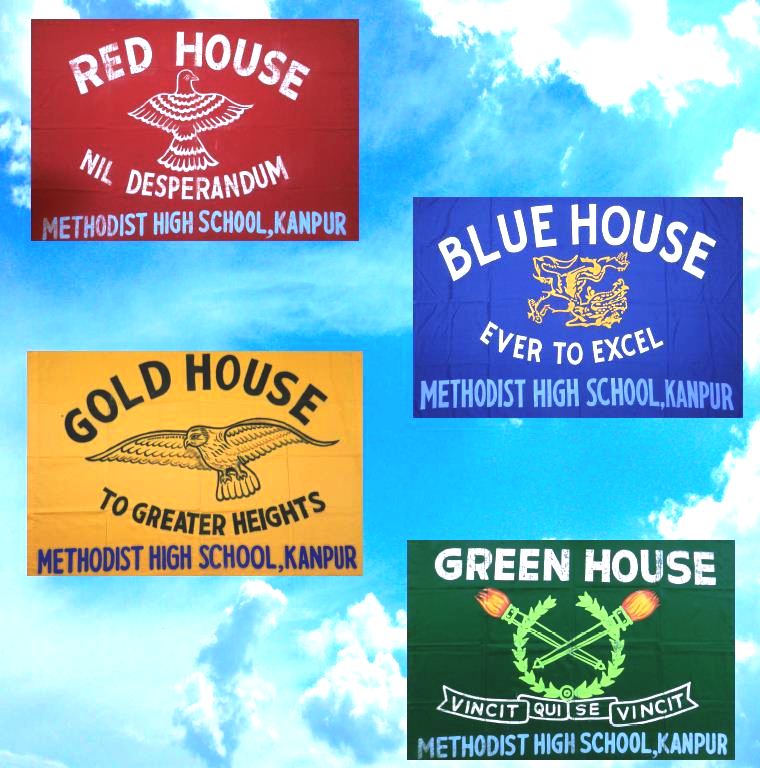 A BRIEF HISTORY OF THE HOUSE SYSTEM

Methodist High School has always been a competitive arena. From the very early times to the present day there were and are competitions and sports and games, in literary and scientific activities, in cultural and social activities and in plain old G.K. quizzing.

In 1941, G.H.S. held its first annual sports. The boys and girls were divided up into 3 houses Warne, Cooper and Thoburn. The events were carried over a few weeks. To identify the house the competitors wore arm bands- Warne (White), Cooper (Blue) and Thoburn (Red). During the war years children were transferred from Eastern India for safety, thus G.H.S. received a large contingent of them. But after the war was over, these children went back and the G.H.S. population dwindled.

Thus in 1948, the U.S.O. decided to reconstruct the house system. The students were divided into the Blue House and White House (the colours of the school)

Flags were introduced and students wore a house badge.

In 1956 there was a reshuffling of the houses and the Gold House was added. Again, in the 1961 reshuffle, the green House was introduced. In the 70’s the White House became the Red House.

The house system promotes and fosters the ideals of the school and inculcates, in each child, a sense of discipline, responsibility and cooperation.